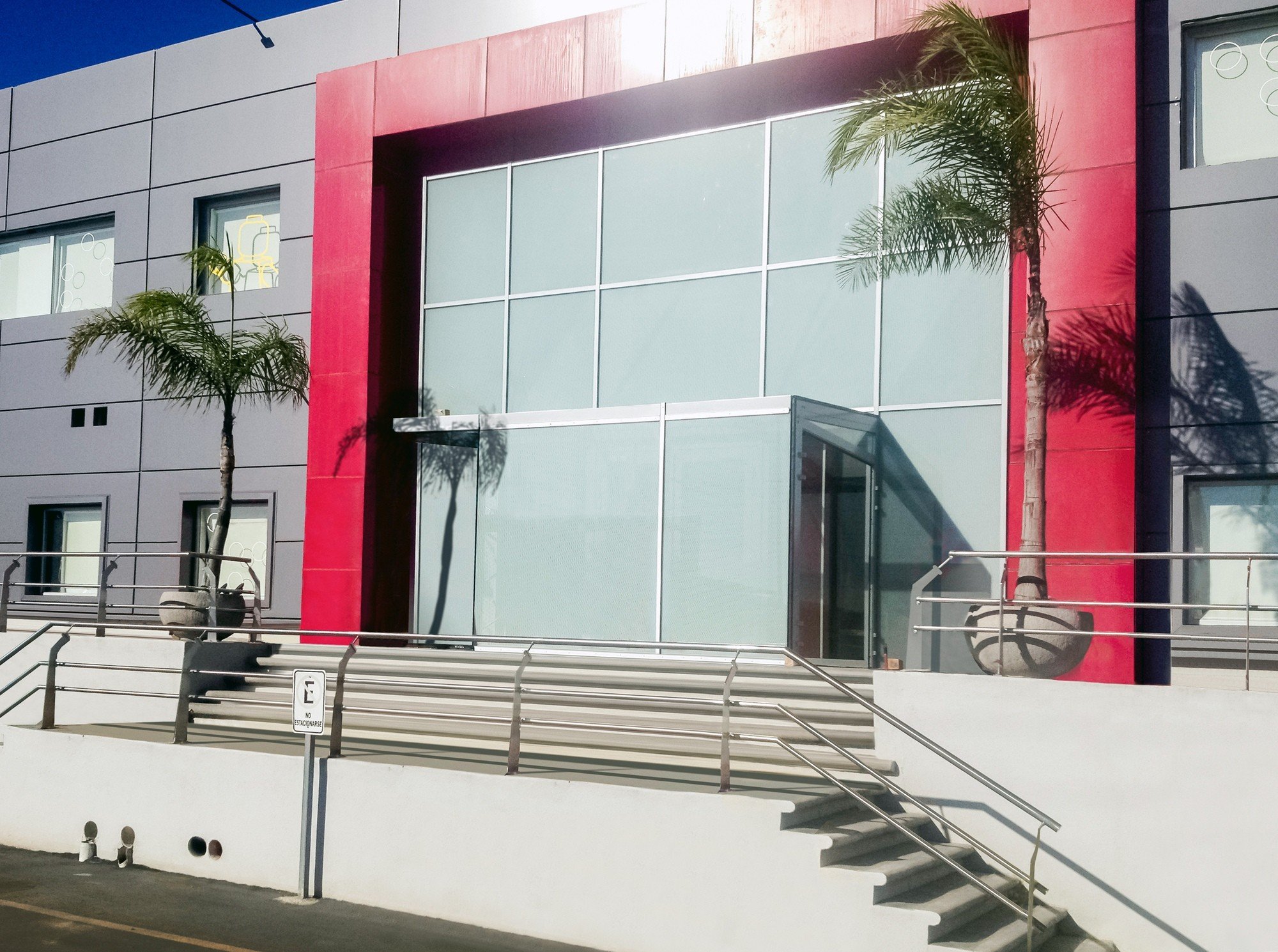 DRUTEX equipped with windows the plant of the biggest producer of educational bricks in the world. The assembly of the PVC and aluminium woodwork was carried out at the end of 2014 in Monterrey, Mexico. In total the company produced and delivered 3000 sq m of woodwork.

The plant was equipped with PVC windows and doors made of Iglo5 system in brush aluminium colour as well as aluminium woodwork. The PVC products were assembled in the production halls and the headquarter whereas the aluminium systems were mounted in the office and administrative part of the plant. They were also an element of the partial walls in the main lobby of the building.

Depending on the respective areas and safety regulations different glass options like tempered, laminated, frosted and even silkscreen-printed dual pane glazing were mounted, according to the  customer expectations. The delivery of the woodwork took place over a month and was carried out by the see.

"We are very satisfied that we  managed to fulfill all the requirements of our Mexican partner and that we were able to accomplish such a prestigious investment. Our windows, in addition to high quality and reliability, had to meet a number of technological criteria specific for the Mexican market. We are pleased that a global leader in the production of educational bricks chose DRUTEX’ products. "- said Bogdan Gierszewski, production director at DRUTEX.

The bricks factory in Mexico is not the first DRUTEX investment in Mexico. The company has been selling its windows on the Mexican market for years and has been successfully implementing another bold projects.

Recently, DRUTEX produced and delivered windows to Mexican gold mine, which is a part of the Canadian group TOREX Gold and is located in Guerrero. The project included the production and  delivery of aluminum woodwork in white colour to be assembled in the administrative buildings belonging to the company. A particular challenge was the assembly of the windows and doors due to the specific location of the gold mine - in the mountains, away from civilization.

"Thanks to the efficiency of action, quick decision-making process and excellent coordination of the production and sales, we are able to provide the shortest delivery times on the market. It’s only 7 days delivery in Europe! Our products are also very popular outside our Europe, as the production and delivery in such countries takes just few weeks. Therefore we are very competitive, even compared to local producers. A perfect example is our latest prestigious contract completed in Mexico. All overseas projects competed by our company are an excellent recommendation and a confirmation that customers are satisfied with our woodwork also if that concerns countries exposed to extreme temperatures and demanding climate, i.e. Mexico. Moreover, we have a number of certificates, permits and technical certifications gained at renowned institutions worldwide, which confirm high quality of our windows and doors. "- says Bogdan Gierszewski.

DRUTEX has already 30- year tradition and experience on the market. Our sales network consists of over 3,000 partners worldwide, which makes us successful in implementing new projects outside Europe, also in the USA, Mexico, Australia and the Middle East. Foreign sales already represents 70% of total DRUTEX’ sales. The share of the Mexican market in the sales structure of the company has been growing steadily. Mexico seems to be one of the most promising countries, besides the United States, where DRUTEX has been selling its products successfully for years. The US. is still the most important market for the company outside Europe. DRUTEX can be proud of  other interesting projects there such as the delivery of the windows to the Hilton Hotel in New York, as well as other hotels such as Hyatt or Holiday Inn.

With the potential to produce up to 7,000 windows a day, own production of PVC profiles and glass packages as well as modern transport fleet consisting of over 200 vehicles, DRUTEX strengthens its position in the global woodwork market. The company is already a number one in Europe in terms of the quantity of produced windows. DRUTEX has also been investing in brand recognition and is the only Polish company which cooperates with three world-class players: Andrea Pirlo, Philipp Lahm and Jakub Błaszczykowski, to promote its brand.

❮  previous
Are you tired with sweltering heat? Think about roller shutters at home!
next  ❯
DRUTEX expands its color range and offers more than 1000 different combinations!